Our 2nd Annual 6 Hour has been run and done! Another huge turn-out and successful day was had by all. We promised that we would get everyone through and pleased to say this was exactly the case.

Really I can’t think about the amount of people which have laughed and asked if I’m crazy when I mentioned if they were doing the Enduro, from the outset I’ve always recognised that this style of event has massive barriers to entry…Basically 6 hours of them. However I’m confident in saying those that attended yesterday came away with new found belief that perhaps what they perceived was impossible, is actually now possible and I’m not talking about the 6 hour. Maybe it’s that half or full marathon or some other item on the bucket list which just never felt possible.

Being able to endure 6 hours of exercise is an achievement both physically and mentally, yesterday as I watched the group plough through the content there were constant battles being fought on a personal level. Perhaps this was even worse when arriving back into the gym and the clock reminding them they were 3 hours into a 6 hour event, as trainers Kirby and I watched the group evolve through this process.

Evolve? Belief started to kick in around the 4 hour mark and also the talk, partners encouraging and teams coming together. This comes in many different mechanisms some of it was just plain fun and a little competitive banter between groups. Most of it however was deeper working with your partner and knowing that they needed to get through this as well as you. Knowing they were feeling what you were feeling, this is where I love the 6 hour. The gym transformed in those hours from hours 4 – 6 and the last set…..Well to be honest I won’t do it justice writing about it needless to say I’ll never capture the atmosphere in the place in this blog!

On behalf of the Adrenaline team we want to thank everyone who attended, you all made the day what it was.

For those interested in the stats of such a day I’m pretty lucky that a number of my adrenaline team allow me access to their training files to plan their training weeks. I’m introducing you to Person A & Person B. You will have 2 questions straight off the bat around the details:

1, Why the difference in Km’s – Person A had their watch on ‘run’ and Person B had their’s on ‘cardio’ upon analysing the files Person A basically had no distance being recorded back in the gym whereas Person B continued to record distance all be it at a much slower pace then outside.

2. Why short of 6 hours – Our last 30 mins was spent in personal recovery and reducing heart-rate

Summary of the results side by side:

There you have it, 2 versions of the 6 hour. GPS/Optical Heart rates have a little drift, there was a common them yesterday of 20-21 km’s or 14 km’s. With the transition/running/drills etc run my belief is the figure is very close to 20 km’s of movement yesterday. Person B also had 25,120 steps recorded for the session.

Looking forward to our next installment which will be a 3 Hour Enduro! 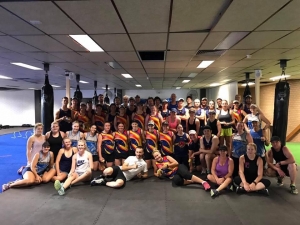